The violence and homicide rates due to gangs and organized crime are now a systemic problem in the Americas. The Northern Triangle is “ground zero” for major gang activity and drug trafficking. According to the annual Congressional Research Service report on gangs, “Gangs in Central America”, dated February 20, 2014, the major gangs operating in Central America with ties to the United States are the “18th Street” gang (also known as M-18), and their main rival, the Mara Salvatrucha (MS-13 or the Maras). The 18th Street gang was formed by Mexican youth in Los Angeles in the 1960’s and the MS-13 was created during the 1980s by Salvadorans in Los Angeles who had fled the country’s civil conflict.

In the face of abysmal poverty, political chaos, economic instability and the absence of strong family structures and support systems, young people are turning to gangs for survival and acceptance.

This is not a new phenomenon, but it is certainly a stronger and more prevalent reality than ever before. The expansion of these gangs into Central America was accelerated after the United States began deporting illegal immigrants, many with criminal convictions, back to the region after the passage of the Illegal Immigrant Reform and Immigrant Responsibility Act (IIRIRA) of 1996. (Many contend that gang-deportees “exported” a Los Angeles gang culture to Central America and recruited new members from among the local populations.)

While MS-13 and M-18 began as loosely structured street gangs, there is some evidence that both gangs, but particularly the MS-13, have expanded geographically and become more organized and sophisticated. 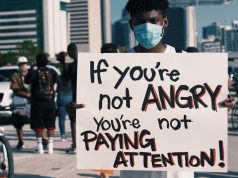